Rod’s Livestock Nutrition Stock Blocks are manufactured from only the best ingredients and contain no restricted animal material. Our blocks are the most economical way to supplement your animals.

We manufacture several different blocks to suit a variety of situations. 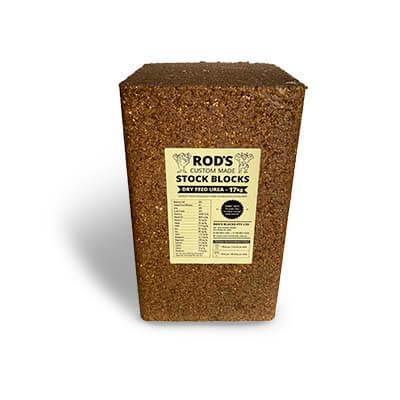 Rod’s Feedlot products have been specifically designed to be added to a feed ration to provide a balanced blend of essential minerals, microminerals and vitamins.

The Ultra range of Feedlot products also contains yeasts which can assist with feed efficiency of the ration. The yeasts will also assist to stabilise the rumen environment, will favour the positive rumen bugs, and assist with the adaptation to a new ration (during induction in the feedlot). 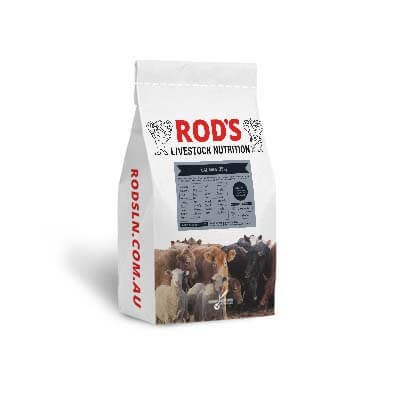 Rod’s Loose Mixes allow a flexible formulation of ingredients to provide sheep and cattle with the specific ingredients they require per day during different production times throughout the year. As they are loose formulations, they generally contain lower salt and molasses (as no specific ingredients are required to bind the product together like blocks). They are specifically formulated, based on daily salt requirements, to provide high levels of macro minerals, micro minerals and vitamins to improve production in your livestock enterprise.

Loose mixes can be delivered around the paddock in various containers – it is advised to allow one delivery point per 100 head of sheep and per 40 head of cattle. Rod’s loose mixes are all waterproof formulations and are available in 20kg & 25kg or Bulka bags on request.

Rod’s Ultra Range of Loose mixes is a range of higher specification loose licks for areas with greater micromineral deficiencies (i.e coastal) or when trying to improve production. They will supply higher levels of vitamins and microminerals when most required with pregnant, lactating animals or growing animals.

The Ultra Range of products contains chelated micro-minerals which are more readily absorbed by animals and are not affected by interactions with other minerals. Chelated minerals are minerals already pre-bound to a chelating agent so when they are digested, they do not have sites available to absorb and interact with other minerals. This means more of the chelated mineral can be absorbed and utilised by the animal which can enhance the performance of animals where you are trying to maximise growth or production.

Molasses is a viscous liquid with a high sugar content which makes a very good source of quick energy for ruminants. Microbes in the rumen break down the sugars in molasses rapidly which causes a rapid release of energy. Molasses also contains minerals useful for sheep and beef.

Molafos is a dry-feed / drought supplement to grazing cattle, sheep and goats on mature pasture, stubble or forage crops. It’s fed as a production supplement starting early in a dry season while there is a good body of forage available. It’s also used as a supplement for backgrounding cattle to get stock onto feed sooner and as a post-weaning supplement with hay and or grain for calves and lambs. 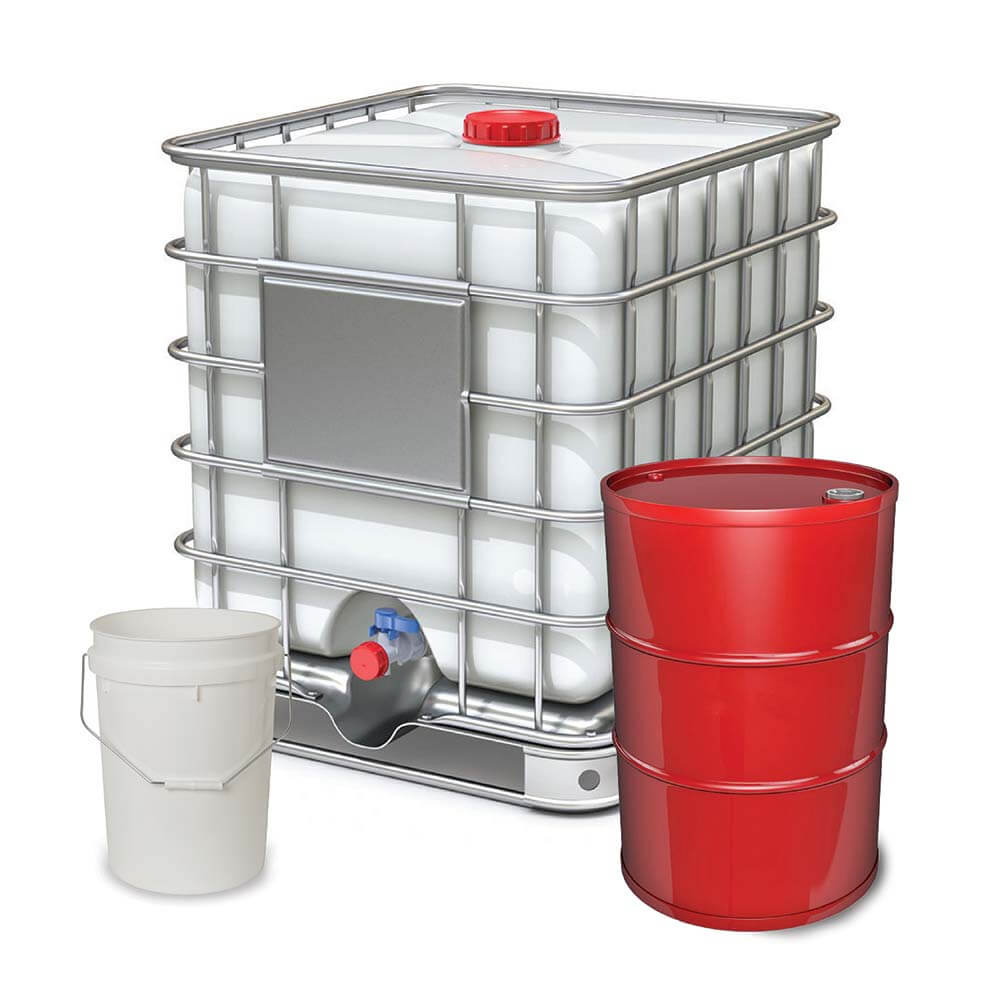 Rod’s Stock Blocks can make blocks to suit your individual requirements. The current minimum order is one Tonne (60 blocks).

Need more protein? No Copper? No problem! Give us a call to discuss. We advise you to talk with your animal nutritionist to see what best suits your needs.

About stock or ‘lick’ blocks for sheep and cattle.

Stock Blocks (or Lick Blocks as they are known by most people) are really better described as “Multi-nutrient Blocks”. If used correctly, blocks can be a very viable supplement tool for graziers. Blocks are an ideal vehicle for a supply a wide range of nutrients including calcium, phosphorous, magnesium and a source of Non-Protein Nitrogen (NPN).

NPN is a high nitrogen-based product that doesn’t contain amino acids, which are the normal building blocks of protein, generally, ruminants have a fundamental requirement for a balance of proteins and we typically describe them as RDP and UDP.

RDP is rumen degradable protein, this part of the protein complex is essentially used up by the rumen microbial mass. UDP or un-degraded dietary protein is the part left over that we describe as bypass or protected protein, protected proteins escape degradation by rumen microbes and flow through to the small intestine to be taken up intact as amino acid and retained by the animal as fixed nitrogen.

So, the use of NPN as a protein source is very viable in grazing ruminants provided it makes up a portion of the total RDP and UDP, a typical analysis of Urea as 46% nitrogen equals about 287.5% protein, this massive amount of protein in itself can pose a problem of toxicity if the animal has access to free supply of Urea.

Blocks, because of the manufacturing process, only allow small portions of UREA to be available to the animal on a daily basis, this adds to the safety margin of the product particularly with very hungry stock. Remember, if the population of rumen bacteria is reduced, the source of protein to the intestines is also reduced.

When is the best time to feed Blocks?

Multi-nutrient blocks are best fed prior to senescence, or, in other words when the feedstuff has bleached and contains no green colour. Feeding prior to this event or when there is still some colour left in the feedstuff allows the animal to adapt to the block and start to take in some of the minerals and protein that are contained in the block.

This adapts the animal's system to cope and balance input to the rumen before the real pressure of maximizing the utilization of dry standing feed or crop residue (stubble). Pasture quality varies during the year and digestibility varies greatly, the higher the digestibility of the feedstuff, the faster the feed passes through the animal, the more pasture eaten, the better the growth. Dry feed slows down the process, the animal is then under the pressure of body weight loss.

The role of blocks or supplements is to maximize the digestibility and utilization of plant life and allow the control of body weight loss to a minimum. Blocks should be set to a standard feeding strategy, 1 block per 100 sheep per week, or, 1 block for 25 head of cattle per week. It is good practice to always replace blocks on the same day, so, pick a day once a week to replace them.

If animals consume blocks too quickly it’s not always a sign of deficiency, usually, it's a part of a syndrome of depraved appetite. Blocks should be seen as a low labour unit of supplement, not a lolly to amuse stock.

So how does the Urea affect Rumen bacteria and why are they important?

The digestive system of cattle and sheep is designed in 4 parts, the first part is called the rumen, digestion doesn’t take place here but all the food the animal consumes empties into this area. Once the food enters the rumen, large populations of rumen microflora break the food down into a particle size that allows the balance to flow through the digestive tract.

The microflora population can be as high as 60 billion per millilitre of rumen fluid, the rumen bacteria population themselves are pure protein and as they flow out of the rumen with food they also become part of the amino acid chain.

It is vital that this population remains high and viable, the health of the rumen microflora population is vital to the health of the animal. The rumen complex is a rich pool of ammonia and other gases, Urea is a rich source of ammonia, once the animal consumes the urea it creates an 'excitement value' for microflora, as well as a high influx of protein, this excitement is the trigger for the animal to forage for feed.

The animal will have adequate amounts of RDP from the Urea and looks to dry feed to balance UDP, but as natural feed protein and quality drop the rumen microbes are also placed under nutritional stress due to the reduction in incoming nitrogen, this also slows digestion and reduces feed intake.

Often times a bypass protein in the form of a meal is also supplied for 2 reasons, the stimulation of appetite and to supply the balance of UDP. A multi-nutrient block can also deliver small quantities of UDP as well as other macro and Micro Nutrients and Vitamins. 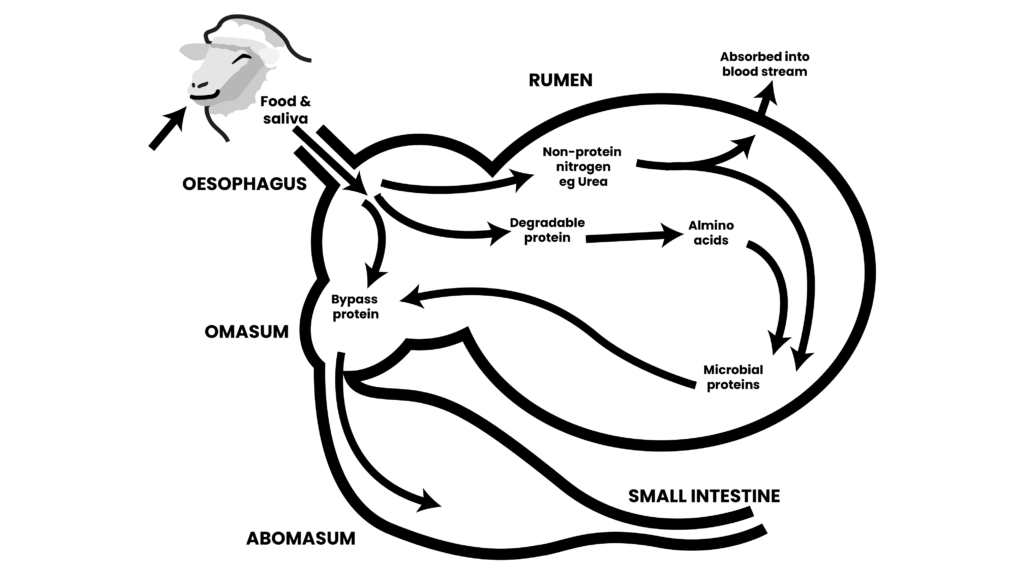 Where should blocks be placed for best results?

Blocks initially should be placed near a water point, 3-5 meters from a water trough. If you are feeding near a dam, place the block, or multiple blocks in a tyre so that stock don’t roll the block into the dam.

Once evidence of licking is seen, start to place the block at ever-increasing distances into the dry feed or stubble. The idea is to have the block where the animal is eating, not drinking.

Ideally, the block should be near a trail or a near where stock camp.